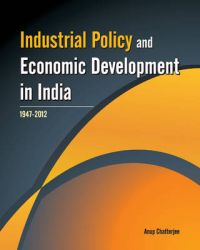 Other books by Anup Chatterjee

Economic Survey of India & its...