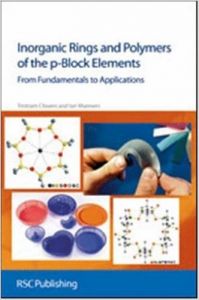 Inorganic Rings and Polymers of the P-Block Elements (Hardcover)