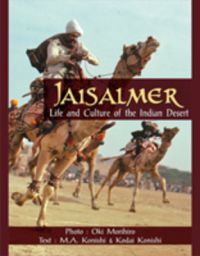 The Rich Heritage of Jammu And...

Material Culture of the Orissan...

History Today: Journal of the...