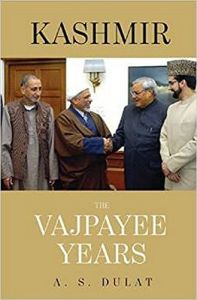 By: A S Dulat , Aditya Sinha

SRINAGAR IN THE WINTER OF 1989...Read more
There comes a day in one's life when one feels it should all be put down before memory fades. There are endless memories and I have carried a story with me for a long time.

SRINAGAR IN THE WINTER OF 1989 was an eerie ghost town witnessing the beginnings of a war dance. The dam burst the night boys from the separatist JKLF group were freed in exchange for the release of Rubaiya Sayeed, the Union home minister's daughter. As Farooq Abdullah had predicted, the government's caving in emboldened many Kashmiris into thinking that azaadi was possible. 'The price we will have to pay' were Farooq's prophetic words. Killings were almost a daily occurrence. Bomb explosions and firings occurred not far from the chief minister's residence in the most secure zone. Gun-toting youth in trucks were seen close to the cantonment. Kashmiris believed that they were on the verge of liberation. A.S. Dulat, who was posted there, saw Intelligence Bureau colleagues being picked off one by one.

It was a long, slow haul to regaining control. From then to today, Dulat has had a continuous engagement with Kashmir. The initiatives launched by the Vajpayee government in power from 1998 to 2004 were the high point of this constant effort to keep balance in a delicate state. As Vajpayee said, Kashmir was a problem that had to be solved.