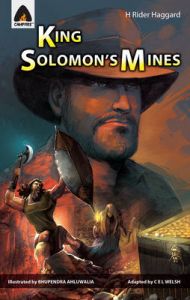 Other books by H. Rider Haggard

The Saga of Eric Brighteyes -...

When the World Shook

Swallow: A Tale of the Great Trek

Jeeves and the Wedding Bells

Miss Marple And Mystery The...

The Wonderful Wizard of Oz