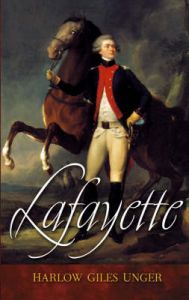 Other books by Harlow Giles Unger

Noah Webster: The Life and Times...