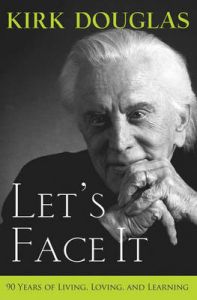 Let's Face it: 90 Years of Living, Loving, and Learning

Other books by Kirk Douglas

So, Anyway...: The Autobiography

Remember How I Love You: Love...

Underground: My Life as a New...

Unbreak My Heart: A Memoir

A Lotus Grows in the Mud