Track Order Your Cart
Buy Books Online > Public health & preventive medicine > Lifeblood: How To Change The World, One Dead Mosquito At A Time 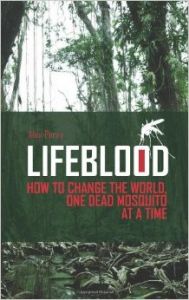 Lifeblood: How To Change The World, One Dead Mosquito At A Time

Coming to Grips with Malaria in...

by The UN Millennium Project

The Chimp and the River

A Summer Plague: Polio and Its...