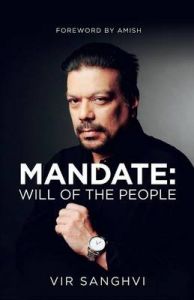 Mandate : Will of the People (English) (Paperback)

Other books by Vir Sanghvi

Protection of Human Rights And...

The Company Rule In India: Some...

When I Saw Tirupati Balaji

When I Saw Tirupahi Balaji (Pb)