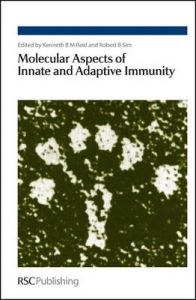 by Nardulli G and Stramaglia S

Autophagy in Immunity and...