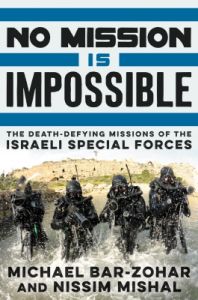 No Mission Is Impossible (English) (Hardcover)