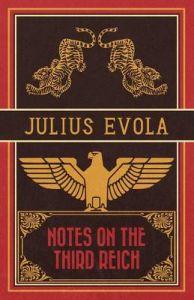 Notes on the Third Reich

The Socialist Orientation of...