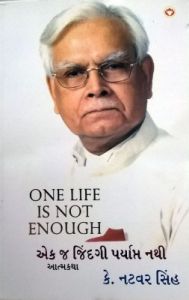 One Life is Not Enough 1st Edition (Paperback)