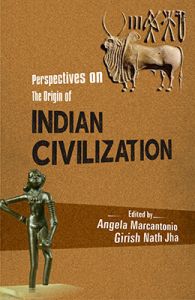 Perspectives on the Origin of Indian Civilization (English) (Hardcover)

The Wonder That Was India 3rd...