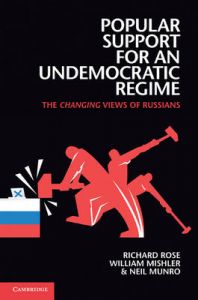 Popular Support for an Undemocratic Regime: The Changing Views of Russians

Other books by Richard Rose

Elections and Parties in New...

The Loyalties of Voters: A...

The Prime Minister in a...

Insurgency And Terrorism : From...