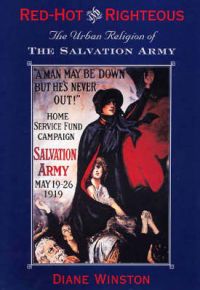 Red-hot and Righteous: The Urban Religion of the Salvation Army