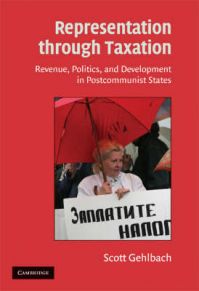 Pathways to Fiscal Reform in the...

The Political Construction of...