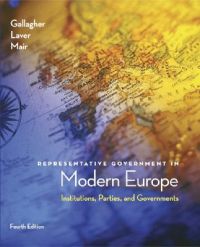 Other books by Michael Gallagher

A Guide to Eu Environmental...