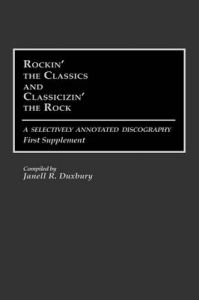 Rockin' the Classics and Classicizin' the Rock: A Selectively Annotated Discography: 1st Suppt