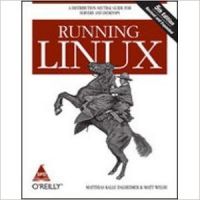 Linux Kernel in a Nutshell 1st...