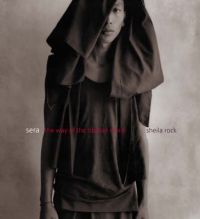 Sera: The Way of the Tibetan Monk

The Buddha From Dolpo (English)...

WHY THE DALAI LAMA MATTERS 1st...