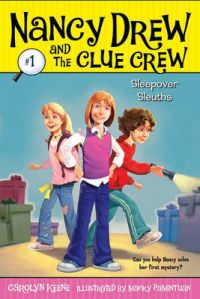 Other books by Carolyn Keene

Treasure in the Royal Towers