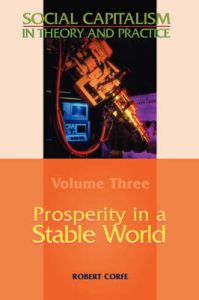 Social Capitalism in Theory and Practice: v. III: Prosperity in a Stable World

Other books by Robert Corfe

The Democratic Imperative: The...

Populism Against Progress: And...

Deism and Social Ethics: The...

Egalitarianism of the Free...

Social Capitalism in Theory and...