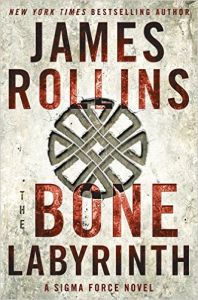 Other books by James Rollins

The Blue Guitar: From One of the...