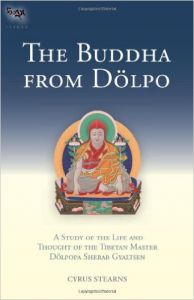 The Buddha From Dolpo (English) (Hardcover)