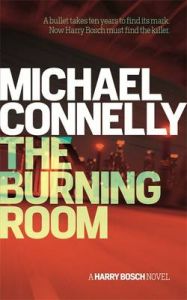 Other books by Michael Connelly

The Gods of Guilt

The Girl Who Kicked the Hornets'...