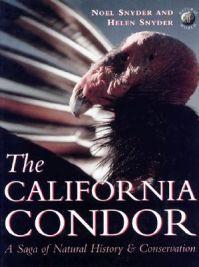 The California Condor: A Saga of Natural History and Conservation