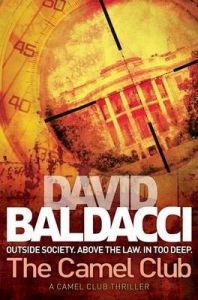 Other books by David Baldacci

The Target : When Revenge Gets...