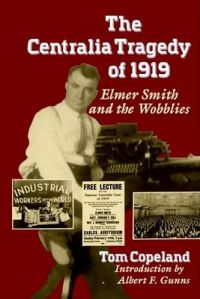 The Centralia Tragedy of 1919: Elmer Smith and the Wobblies