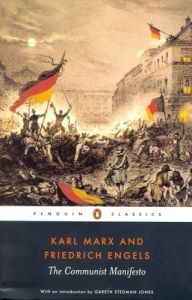 Other books by Karl Marx

Capital: Volume One: The Process...

The Rise and Fall of Communism