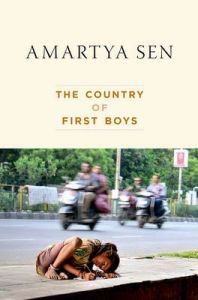 With a passion and conviction masked by a gently persuasive style and characterised by an undogmatic engagement with differing points of view, Sen's The Country of First Boys asserts that public policy should swing sharply towards the poor, the illiterate, and those suffering from ill health and malnourishment. Written in non-technical and easy to understand language while at the same time relying on rigorous intellectual and academic analysis, this volume would open a window to the ideas of an internationally renowned Nobel laureate to a wide spectrum of readers.

Other books by Amartya Sen, FBA