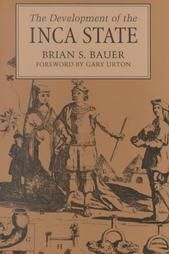 The Development of the Inca State

Spanish chroniclers of the sixteenth and seventeenth centuries attributed the rapid rise of Inca power to a decisive military victory over the Chanca, their traditional rivals, by Pachacuti Inca Yupanqui. By contrast, Bauer questions the usefulness of literal interpretations of the Spanish chronicles and provides instead a regional perspective on the question of state development. He suggests that incipient state growth in the Cuzco region was marked by the gradual consolidation and centralization of political authority in Cuzco, rather than resulting from a single military victory. Synthesizing regional surveys with excavation, historic, and ethnographic data, and investigating broad categories of social and economic organization, he shifts the focus away from legendary accounts and analyzes more general processes of political, economic, and social change.
Read less

Other books by Brian S. Bauer

The Sacred Landscape of the...

Ancient Cuzco: Heartland of the...

by B. Venkatesh Kumar

The Coming Prosperity: How...