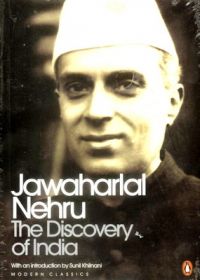 The Discovery of India (English) (Paperback)

Other books by Jawaharlal Nehru

Letters for a Nation : From...

Letters from a Father to His...

How to Acquire It Outsource...

Kolkata: To Be Young Was Paradise

Iranians In Mughal Politics And...