Track Order Your Cart
Buy Books Online > European history > The Enemies of Rome: From Hannibal to Attila the Hun 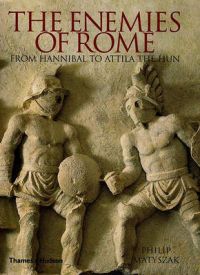 The Enemies of Rome: From Hannibal to Attila the Hun

The Roman Predicament: How the...

Mark Antony's Heroes: How the...