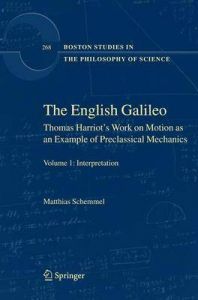 The English Galileo: Thomas Harriot's Work on Motion as an Example of Preclassical Mechanics