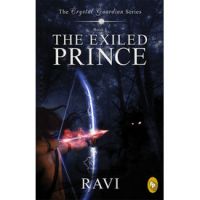 Rama, the hero of the ages, must embark upon a perilous journey to find the Crystal of Creation before someone else, someone with an insatiable lust for power, discovers it and the reign of the entire cosmos falls into his hands.

And thus begins an epic adventure that will take Rama beyond the kingdom of Ayodhya into lands where he will have to battle the fiercest of demons that have colonized the earth, and, in the course, change the destiny of human lives forever. This tale will also seek to answer a question that has never been asked: Who was Rama really? What was his real purpose? Is he the real immortal?

Other books by Ravi V

Promotion and protection of...

ASURA : Tale of the Vanquished

Lord Hanuman And His Art Of...