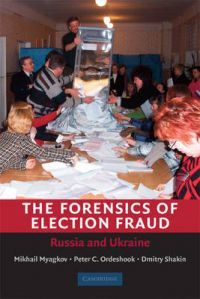 Other books by Mikhail Myagkov

Should Kargil Be an Election...

The Buying of the President 2000

Slate's Field Guide to the...