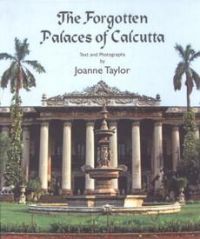 The Forgotten Palaces of Calcutta[Hardcover]

The Big Book of Weekend Crafts:...