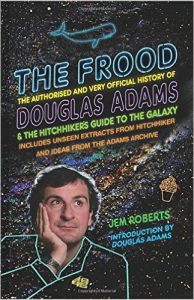 Other books by Jem Roberts

The Frood: The Authorised and...