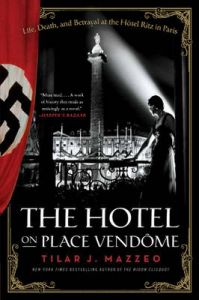 The Hotel on Place Vendome: Life, Death, and Betrayal at the Hotel Ritz in Paris

Other books by Tilar J Mazzeo

The Widow Clicquot: The Story of...