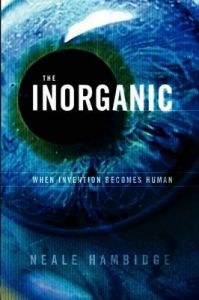 The Inorganic: When Invention Becomes Human

The Adventures And Memoirs Of...