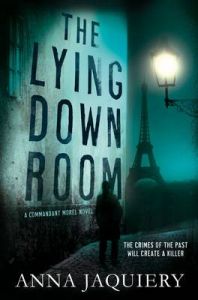 The Lying Down Room (English) (Paperback)