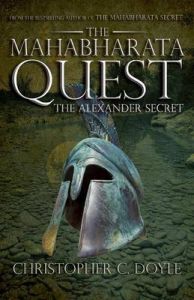 Other books by Christopher C. Doyle

The Mini Sequel to The Alexander...