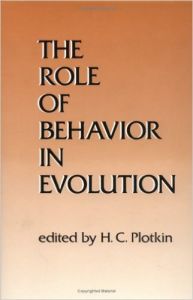 The Role of Behavior in Evolution (Bradford Books) (English) (Hardcover)

The Greatest Show on Earth : The...

The Incredible Unlikeliness of...

The Origin Of Species And The...

Speculations on the Evolution of...