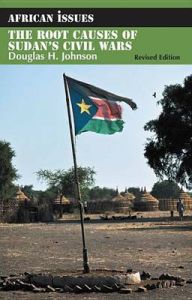 The Root Causes of Sudan's Civil Wars: Peace or Truce

A Brief History of the End of...