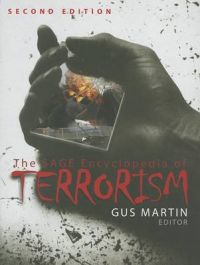 The Sage Encyclopedia of Terrorism

Mental Health in the War on...

The Age of Terror: America and...