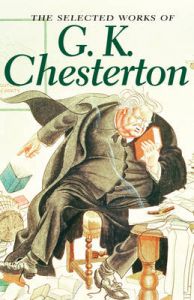 The Selected Works of G.K. Chesterton

Other books by G. K. Chesterton

The Ball and the Cross

Eugenics and Other Evils: An...

Chesterton Day by Day: The Wit...

Wodehouse At The Wicket