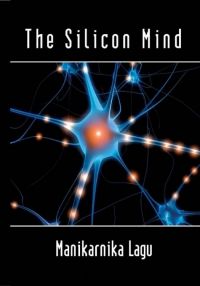 The Silicon Mind is a racy sci-fi thriller involving a very sophisticated neural chip implant by a robot on a human brain. It revolves around...Read more
"An unreservedly clever, dynamic novel", as per Kirkus Review.

The Silicon Mind is a racy sci-fi thriller involving a very sophisticated neural chip implant by a robot on a human brain. It revolves around the intertwined lives of Ray, a leading neurosurgeon, sharp and flamboyant proprietor and driving force of Chetna, India's foremost coma clinic and Dr Aman Kapoor, reputed physician and accident victim who falls into a coma.

Aman becomes Ray's unsuspecting guinea pig- Ray and his American collaborators successfully implant a silicon chip inside Aman's brain- true to the book's sci-fi genre, a robot does does the operation!
Aman wakes up- rejuvenated and changed forever. As Ray and his team expected, his brain has been enhanced to superlative degrees but his body suffers strange illnesses, a result of conflict between the material chip and corporeal brain.

The story is about how Aman manages to trace his bizarre bodily symptoms and sudden miraculous healing powers to his brain operation at Chetna with help from Manasi, his psychiatrist, and her journalist friend, Ishan. Ray finally buckles to emotional pressure from Manasi and his own daughter, the irrepressible Sakhi and has to undo the wrong he had done by trying to play God.

Other books by Manikarnika Lagu

by Piyush, just 18 years old, is a student. He loves reading love stories, something like what he has written himself. He wants to become the best writer in the world. My Childhood Love is his debut novel. Some thoughts from his mind: Friend said to not take risks but I said I don't take the chance to avoid risks I do not think who I am. I just thought what am I? I love myself but I am not a selfish person. I don't care who talks about me but I care who does not talk about me.