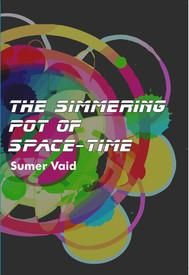 The Simmering Pot of Space-Time

Is God an Illusion: The Great...

The Universe In A Nutshell...