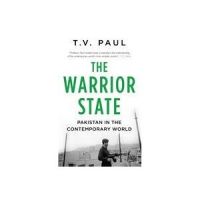 Other books by T.V. Paul

Role of Japan And Nepal In Asian...